KAMER Killings Committed in the Name of Honor 2011 Report 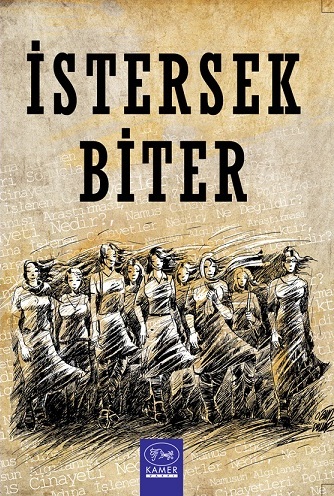 I was twenty years old when I first heard Güldünya Tören’s story. Even if I was not yet an “activist,” I had already gone through enough experiences, as you shall see in the next pages, to know that there was “no place, practice or system, neither here, nor in the rest of the country or in the world, where women lived freely as individuals with rights equal to the rest of the members of society”, but I was yet to see worse: as I followed Güldünya’s story, which was going to end so horribly, the intensity of the anger, horror, helplessness and shame welling up inside me gradually increased. I wanted to record Güldünya’s story in consciences and memories, as the symbol of the countless number of women murdered in this country for decades, murdered because of honor, tradition or other similar reasons, and to prevent this event from becoming a “third page news item,” destined to be forgotten and swept away after a short while. I wrote a song named after her. This song, which would later be banned from this state’s TV and radio channels, was the beginning of my active involvement in the women’s movement. A short while after this, I got to know KAMER during the first stopover in Diyarbakır of the first grand tour of my life, during which I would tour the country city by city. I had come across their name while I was following Güldünya’s news. Hearing that they were a women’s organization specialized in “honor” killings had given me hope. I knew that their headquarters were in Diyarbakır and I absolutely wanted to meet them. We arranged a meeting; I was going to visit them in their office at the city center. I was expecting the “headquarters” of these brave women, who protected and hid many women whose lives were endangered, to be a fortified secret location. My friend, who was guiding me, stopped in front of a building, the ground floor of which consisted of a glass pane. On the glass pane was the inscription “KA-MER Women’s Center.” Amidst all the violence and chaos 157 of this city, these women were as brave and straightforward as their name implied: KAdın MERkezi (Women’s Centre). What was behind this transparent pane of glass was the headquarters of not just Kurdish women, Turkish women, revolutionary women, Kemalist women or women with headscarves, but of all women whom they could possibly reach. We greeted each other; they hugged me as if we had known each other for years, whereas we had actually just met. Compared to what they had been doing for the last 8-10 years, my contributions seemed miniscule, and theirs, enormous. This meeting convinced me that I had the strength to do more, and that I was not alone. This meant a lot to me. KAMER, which embarked upon its journey with just a few women, who at some point in their lives had decided to rebel against all kinds of violence, sexism and discrimination, has become a foundation which, thanks to its activities, is known not just in Turkey, but also within international platforms. In this book titled “We Can Stop This,” which is the fourth in a series that recounts KAMER’s activities, the words you will come across the most frequently will be “freedom”, “feminism,” and “questioning.” If you have never come across KAMER up to now, you will, while reading this book, see through stories that at times will pain you and at times make you smile with hope, how important these concepts have been in defining the identity of KAMER since its foundation. You will be able to study surveys, reports, and statistics about the perception of honour, and the extent and variety of violence. It is interesting that “We Can Stop This” is being presented to readers precisely at a time when murders of women are increasing at such a frightening, unprecedented rate, and sexism and discrimination against women in the mainstream media is “at its peak,” but also at a time when awareness of this situation and reaction against it is rising within every layer of society. I believe that the publication of this book at this moment in time will serve to strengthen 158 our voice, which we raise in opposition to the domination of sexism and violence. As Gülay, a KAMER member, states towards the end of the book, “I believe that the world will change, and that it is women who will achieve this change.” It is with greatest warmth and sincerity that I greet Nebahat Akkoç and KAMER, for whom I feel utmost admiration, all other women’s organizations engaged in the struggle to end violence against women, and all the brave women of the world who have become aware of their strength, or who will one day.

Handicraft products of women from KAMER are in Purple Bazaar